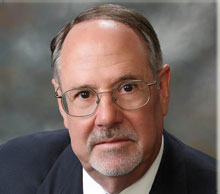 Robert Gray Williams has been practicing law for over 37 years. Mr. Williams received his undergraduate degree, with “Honors” from California State University Fresno, Fresno, California. He graduated from San Joaquin College of Law, Fresno, California in 1975 with “High Honors” as the valedictorian of his class. He was admitted to the State Bar of California the same year.

Disclaimer: Note that use of this form as means of contacting this firm or any individual attorney of this firm does not constitute legal advice and will not establish an attorney-client relationship.